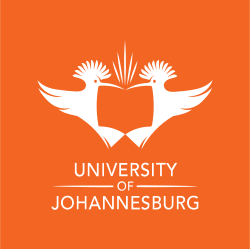 The University of Johannesburg (known colloquially as “UJ“) is a public university located in Johannesburg, South Africa. The University of Johannesburg came into existence on 1 January 2005 as the result of a merger between the Rand Afrikaans University (RAU), the Technikon Witwatersrand (TWR) and the Soweto and East Randcampuses of Vista University. Prior to the merger, the Daveyton and Soweto campuses of the former Vista University had been incorporated into RAU. As a result of the merger of Rand Afrikaans University (RAU), it is common for alumni to refer to the university as RAU. The Vice-Chancellor and Principal of UJ is Professor Tshilidzi Marwala. Between 2005 and 2017, UJ’s Vice-Chancellor and Principal was Prof Ihron Lester Rensburg.

The newly emerged institution is one of the largest comprehensive contact universities in South Africa from the 26 public universities that make up the higher education system. UJ has transformed into a diverse, inclusive, transformational and collegial institution, with a student population of over 50 000, of which more than 3000 are international students from 80 countries.